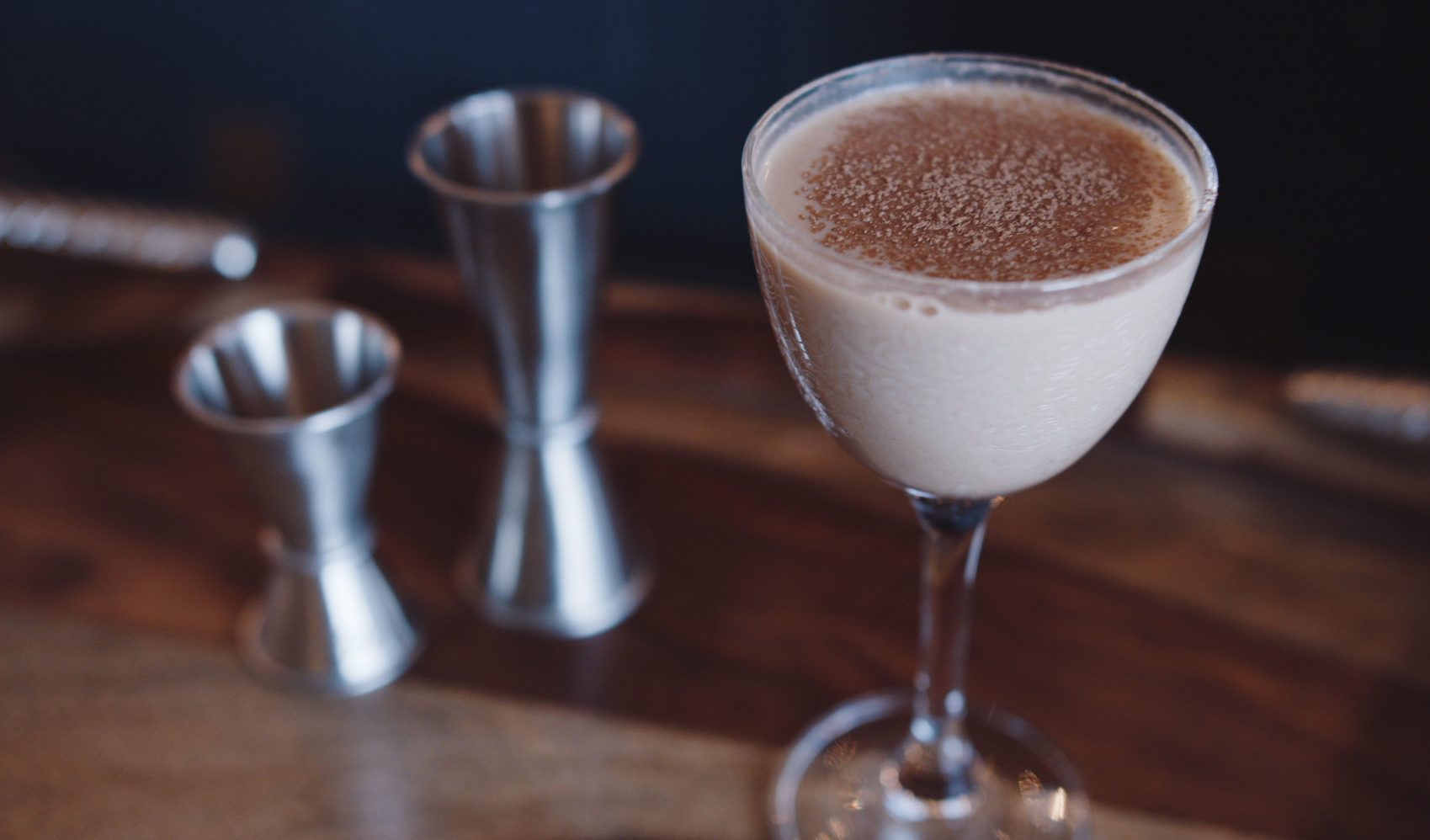 Described as a Milkshake by John Lennon, the Brandy Alexander is one of my favorite cocktails and might also become yours too !

Although the first reference I could find on the Brandy Alexander was in Harry MacElhone’s 1921 Harry of Ciro’s ABC of Mixing Cocktails book, the Alexander cocktail was actually invented in the 1910s by Troy Alexander at the Rector’s restaurant in NYC, and featured Gin instead of Cognac.

The story says that the cocktail was invented by Rector’s restaurant bar manager Troy Alexander when he hosted a special event for a group of high officials from the Lackawanna Railroad Company and wanted to create something special for the occasion. The company’s media campaign focusing on smokeless coal and featuring a white-dressed women called “Phoebe Snow” at the time, Troy created a beautiful white cocktail in celebration of the company’s progres.

While the cocktail was very well received by the public, the use of heavy cream was so uncommon at the time that critics went pretty hard on it – referring to it as a “lady’s cocktail”or an “ignorable drink”- and it became hard even for fans to claim their love for it.

By the 1960s, Cognac had pretty much replaced Gin completely and the cocktail quickly gained in popularity to become a staple in bars across the world. By 1974,  John Lennon was also found himself sipping on the drink and called it a “milkshake” (which later on caused him to get thrown out of a LA nightclub).

Today, the Brandy Alexander is still the most common version of the cocktail and available in many bars across the country. I personally like mine heavier on the Cognac, but you can play around the proportions below and create the perfect drink for your taste.